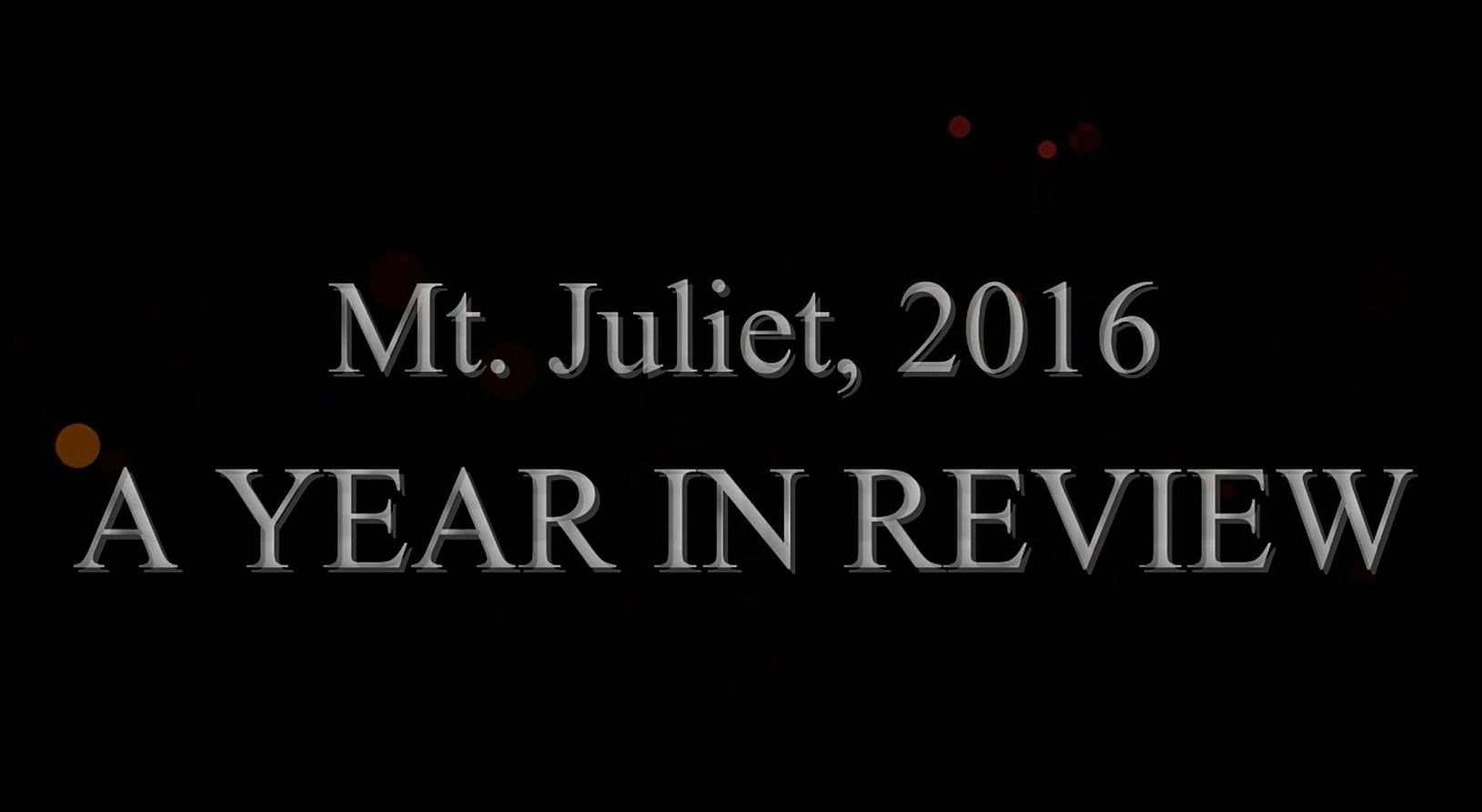 The Mt. Juliet Minute.  Mt Juliet has moved up in the polls again this year not only as one of the best places to live in Tennessee but in the USA!  2016 brought many improvements to the city, I'm going to show you a few.  Mt. Juliet has expanded it's parks and greenways including Disc golf and a Dog Park, and it is also one of the cleanest cities in the state.  The Mt. Juliet Library expansion has nearly doubled the library's size.   New construction continued a strong pace with more than 420 new  permits issued.

Many new businesses have opened this year creating jobs and opportunities for hundreds.  Rockie Williams Premier Chrysler/Dodge, Smoothie King, Woodfire Grill, Starbucks x 2, Krystals, Edible Arrangements, Moes, Supercuts..who's now hiring,  And also Culver's.  Dairy Queen is getting close to opening and 3 Dog Bakery has been a hit along with Courtyard by Marriott.

We should thank the good folks over at the Chamber of Commerce for all their help!  They have just moved in to their new building.  Also, Springdale Elementary on Central Pike is moving along quickly.

Traffic is the number one challenge. golden Bear Gateway is progressing and near completion.  The good news is it's still only an 18 minute commute to downtown Nashville.

It's been a great year, but I'm out of time so this concludes this Mt Juliet Minute.